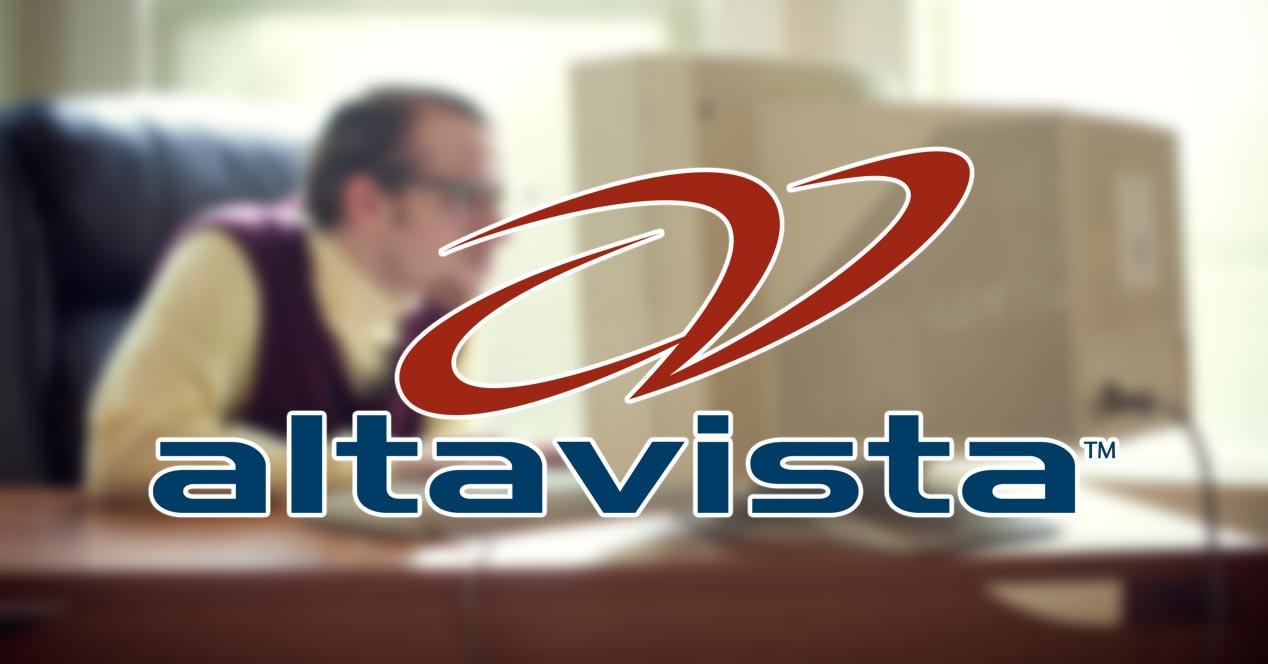 Google currently dominates not only the Internet search market, but also dominates the browser market with Google Chrome, a browser that is currently installed on 7 out of 10 computers. However, although for many users, especially younger ones, Google was the first Internet search engine, it really is not. The honor of being the first Internet browser fell into the hands of AltaVista.

Nor can we forget about Yahoo! another very popular website in the mid-90s and that was born as an Internet guide, where you could find websites ordered by categories and that had a home page that, in addition to the search engine, included endless additional information .

However, what has always been considered the first Internet browser was AltaVista (although it was born a year after Yahoo!). What made AltaVista win over Yahoo! As a search engine, it was the same thing that later allowed Google to be the king of Internet searches: its design, a design that only offered us a blank text box where we had to enter the search terms.

AltaVista came to light in 1995, a year in which the Internet had already begun to take its first steps and little by little it was reaching more and more users around the world. To appear in this search engine, it was necessary to register the web page in a special section (nothing to do with how Google works). The search engine allowed searching for content divided into 4 categories: Web, Images, MP3/Audio, Video. If the user wanted to filter the content so that only websites in Spanish were displayed, they had to apply a filter to the search results (which Google has always done automatically).

1998 was a key year for AltaVista’s future. Two young people came to the offices of this search engine: Sergey Brin and Larry Page seeking funding to develop an algorithm that would be in charge of giving relevance to websites based on the type of links they pointed to, an algorithm to implement in the search engine, however, they left the offices empty-handed.

After receiving the refusal from the top managers of AltaVista, Larry and Sergey founded Google that same year, a search engine that quickly surpassed AltaVista, being the turning point for the company. As the years went by, Google was gaining more and more of the search market. To stand up to Google, AltaVista changed its design to become a portal from which all kinds of information could be accessed without searching.

AltaVista missed a golden opportunity at that time and did not know how to recover. In 2003, it was acquired by Yahoo!, who implemented its search engine, being a competition from Yahoo! itself. The reason for Yahoo! to buy this company was to make sure that several search engines were under the same umbrella, although Google was taking off little by little until it took a path that made it unstoppable.

In 2011, Yahoo! decided that the AltaVista search engine was outdated and that it no longer made sense to continue using it. Bing was the search engine chosen to replace the one used until then. The end of AltaVista was just around the corner. Two years later, 2013, Yahoo! permanently closed the search engine and liquidated the assets of the company that saw it born, Digital Equipment Corporation. Currently, the domain of www.altavista.comredirects to the Yahoo!

Google is still the king of Internet search engines. Microsoft’s Bing is still a great alternative even though it has far fewer users than Google’s solution. DuckDuckGo is a browser that focuses on user privacy by preventing websites from tracking users. Nor can we forget about Yahoo!, although after its sale, it is a mirage of what it was during the last decade of the 90s and the first decade of the 2000s.

How to fix ERR_NETWORK_CHANGED error in Windows 10

Porter Bryant - 28/05/2022 0
Through the following guide we will show you how to solve the ERR_NETWORK_CHANGED error in Windows 10. This error, which can be annoying when...

How to view or preview documents in Windows 10 Office?

How to correctly install and use Ccleaner to clean my PC

How to Log Out of Gmail on iPhone Easily

How to get all the Pokéballs in Pokemon Go, Sword and...

Porsche Macan E, everything that is known so far

How to put polka dots and hair of 2 colors in...